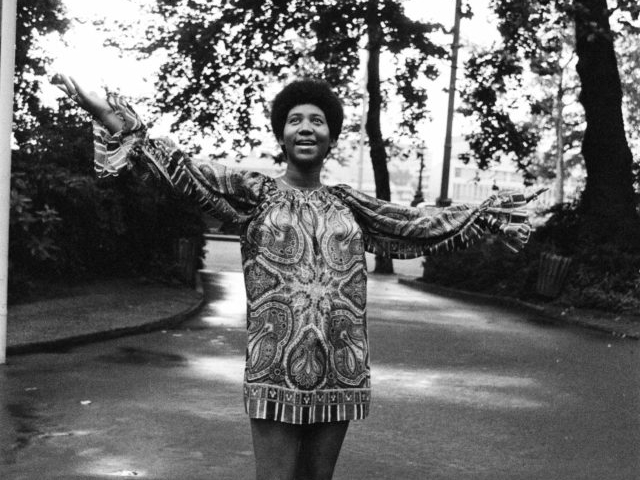 “When I first heard it, I knew it was a monster… It had hit written all over it.” – Carolyn Franklin, as told to David Ritz in 2014’s Respect: The Life of Aretha Franklin.

The whimsical sounds of Donny Hathaway on the keyboard ascend the listener into Aretha Franklin’s dreamland during the opening of “Day Dreaming”. It sounds like floating away. The keyboard makes way for a heavenly herd of harmonies from the background singers, which yield for a magnificently understated, yet impactful vocal performance from Aretha. Dreamy flutes flutter around her throughout the song, as do the aforementioned whimsical keyboards, light guitar strums, and Bernard “Pretty” Purdie’s flawlessly gentle taps on the percussion.

Aretha could cut into the grittiest of soul and blues recordings and effortlessly rip a no-good man to shreds, but this offers a softer side of Aretha in her own words. “Day Dreaming” epitomizes a breezy spring day, budding with a deepening love. Yet the juxtaposition of the song’s lightness and the gravity of the love she’s professing never conflict with one another. “I wanna be what he wants, when he wants it and whenever he needs it” she avows. “And when he’s lonesome and feeling love starved I’ll be there to feed him” she proclaims. “Loving him a little bit more each day” she realizes, a clear indication that her dream grows stronger as it becomes intertwined with reality. Aretha’s sister Carolyn perhaps put it best, “It’s a head-over-heels-in-love song with a silky-smooth groove and feel-good groove.”

One of the most adoring records Aretha ever wrote, “Day Dreaming” gently caresses the listener into her dream: smoothly, sensually, and literally. For years, the subject of the song remained a sought-after mystery. In her 1999 autobiography, Aretha finally conceded that the subject of the song was The Temptations’ Dennis Edwards.

As the story goes, Dennis invited Aretha to a Temptations in Saratoga Springs, New York. Aretha flew up, attended the show, and the two intended to fly back together the next morning. Instead, Dennis suggested, “Why don’t we ride in the limo instead?… That’ll give us hours of privacy.” As Aretha put it, “It turned out to be one of the greatest limo rides in the history of limos. We joked and laughed and shared many moments of fun all the way back to New York. When we reached the city at evening time, the weather was warm, bewitching. The world was at peace. It had been a beautiful trip; I was on cloud nine, and it wasn’t just my imagination.”

“Day Dreaming” was a bonafide hit for Aretha. It reached number one on Billboard’s Hot Soul Singles chart and peaked at number 5 on the Billboard Hot 100. It became one of Aretha’s most prominent compositions, and a standard in her repertoire as well as her live show. During the 1999 Daytime Emmy Awards, they even trotted Aretha out not once, not twice, but four times, to sing “Day Dreaming” about each of the nominated soap operas. The best performance of it though, dates back to a 1973 Soul Train appearance:

“Day Dreaming” also found life in numerous covers over the years. Tamia, Mary J. Blige, Smokey Robinson, Dionne Warwick, and Norah Jones, to name just a few, have taken on the classic. Natalie Cole’s cover even received a Grammy nomination. The song even transitioned to the hip hop world when it was sampled by Cam’Ron on “Daydreaming” in 2002 and T.I.’s “Let’s Get Away” in 2003.

Aretha carried “Day Dreaming” with her all the way to her final live performances: