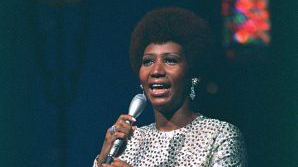 The most fitting song for April 1, April Fools Day, is “April Fools”, from Aretha Franklin’s 1972 album Young, Gifted & Black. It’s one of the 8 covers to make up the 12 track album. Just like “I Say A Little Prayer” this is another Aretha take on another Dionne Warwick original written by Burt Bacharach and Hal David. Dionne’s was recorded for the film The April Fools, and of course, Aretha and Dionne’s versions are night and day.

Dionne, though using the first person throughout the song, sounds more like an observer than a participant in the song. It’s arranged and performed as a pop ballad though, and suited perfectly for Dionne’s voice.

Aretha’s version on the other hand is upbeat and fluttering, with a subtle touch of funk. The arrangement’s employment of woodwinds makes it a strong companion piece to “Day Dreaming”, also on Young, Gifted & Black. The employment of strings is possibly the only thing that bridges the two songs together. As becomes traditional for Aretha recordings, the employment of a substantial arrangement for the background singers is the backbone for the track, unlike Dionne’s, where the singers are confined to “ooo”’s and “ahh”’.

As Aretha always did, she felt “April Fools” when she sang it. But on this track, she sounds engulfed in it. In her autobiography Aretha: From These Roots, Aretha confirmed that ““April Fools”… hit home. I thought of (Ken Cunningham, her partner at the time) and myself, a couple of young people in love. The line “I don’t care . . . true love has found us now” mirrored my feelings about a relationship that was deepening each day to the point where I was a little concerned.”

Listen to Aretha get lost in an April dream:

Check out the live version of “April Fools”