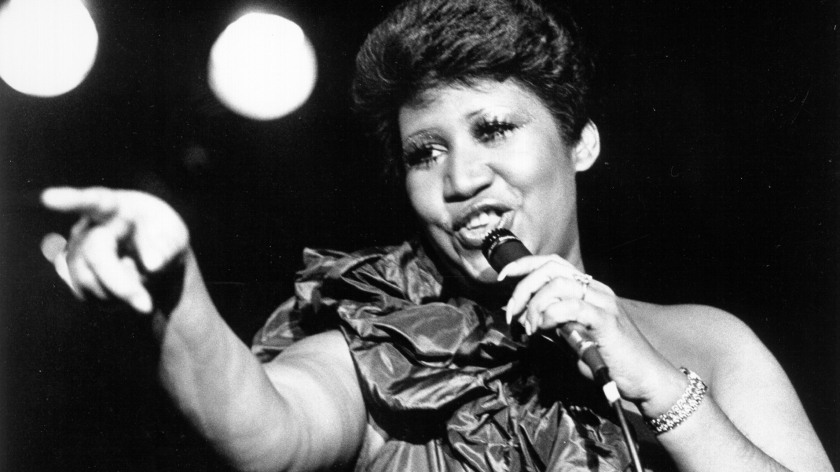 Aretha Franklin enlisted some big guns to spark hits for her second effort with Arista Records, 1981’s Love All The Hurt Away. The hitmakers included Rod Temperton, best known at the time for writing “Boogie Nights” by his band Heatwave and a moderately known song called “Rock With You” by Michael Jackson, as well as the title cut from that album, Off The Wall. Not long after Love All The Hurt Away released, Michael Jackson recorded at least 3 more tracks Temperton wrote, all of which found themselves on 1984’s Thriller, including that album’s title track. Suffice it to say, Temperton was an in-demand writer at the time.

The cut Temperton brought to Aretha is the very funky “Living In the Streets”. Complete with some mock-car sounds for ambiance (which illicit recollections of Grace Jones own 1981 track “Pull Up To The Bumper”), there’s a clear sense that Aretha is right on the nose with the contemporary sounds. She’s not late to the party like the disco of 1979’s La Diva, or off-kilter like some of the other late 70’s material.

“Living In The Streets” has a groove that’s all in the bass, which anchors and drives the track. Aptly placed brass harkens back to her early Atlantic triumphs, just like the song’s producer Arif Mardin (who co-produced many of those Atlantic sessions), and the orchestra nods to the era of post-disco. It’s strong groove is on point with the trends of R&B at the time, something a writer like Temperton was able to effortlessly bring to the table.

Yet for whatever reason, “Living In The Streets” never quite soared as Arif Mardin hoped it would. The song received a soft release as a single, even earning an extended mix for the 12” pressing. It’s a stellar mix that demonstrates the viability “Living In The Streets” had for club play, even incorporating the ever-popular vocoder for an added section. Unfortunately, it didn’t gain any traction. The 12” version did resurface in 2012 on a reissue of Love All The Hurt Away released by Big Break Records, which is intermittently available to stream.

Stream “Living In The Streets”

Stream the 12” extended mix of “Living In The Streets”