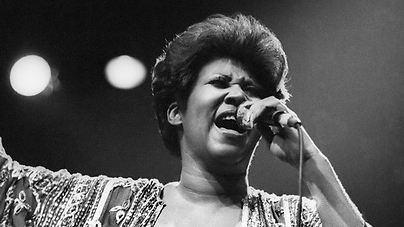 1980 represented a significant change in the career of Aretha Franklin. After nearly 13 years filled with international recognition and countless hits, Aretha Franklin departed Atlantic Records. She signed a deal with Arista Records, forming a partnership with chieftain Clive Davis that would last (with a few bumps), until her death in 2018. After struggling with hits in the late 70’s at Atlantic, and noting the success Clive had reviving acts including Dionne Warwick, Aretha was eager to get back to the business of chart success at Arista, under Clive’s leadership. The opening cut from her 1980 Arista debut, Aretha, is a slow-burning ballad that lets Aretha flex her vocals.

“Come To Me” was originally recorded by Ruby Winters in 1978, and reached number 11 in the UK. Winters’ version is arranged in a fashion that lends itself more towards Aretha’s earlier Atlantic hits, but with a touch more country twang. She approaches the song less aggressively than Aretha, reserving her vocals for the key change. Aretha isn’t at her most aggressive on her version, but she sounds intent on proving something.

Aretha to belt out the final stanzas after the Arif Mardin arrangement builds, catered to Aretha and the 1980 iteration of her voice, changing but ever powerful. As Christian John Wilkane observed for the liner notes of Aretha’s 2012 reissue for Big Break Records: “A ballad might have seemed like an unlikely choice to lead Aretha but it ensured that Franklin’s voice was front and center. The Queen of Soul didn’t need a gimmick or superfluous instrumentation to announce her arrival.”

Listening to “Come To Me” today, with Aretha’s final albums at Atlantic in mind, it sounds like the ushering in of a new musical beginning. “Come To Me” is a stark contrast from Aretha’s final Atlantic album, 1979’s disco charged La Diva. That album’s closing cut “The Feeling” is an accelerated disco explosion, the opposite of “Come To Me”.

For unknown reasons, the song made an encore appearance on 1989’s Through The Storm. Not a different arrangement. Not a different vocal. But the exact same recording. Liner notes imply that there were some changes made, and perhaps, there are some subtle nuances, but it’s not in the lead vocal. Listening to the two side by side doesn’t yield any noticeable changes The occurrence is one of the perplexities of Aretha’s catalog that remains unexplained.