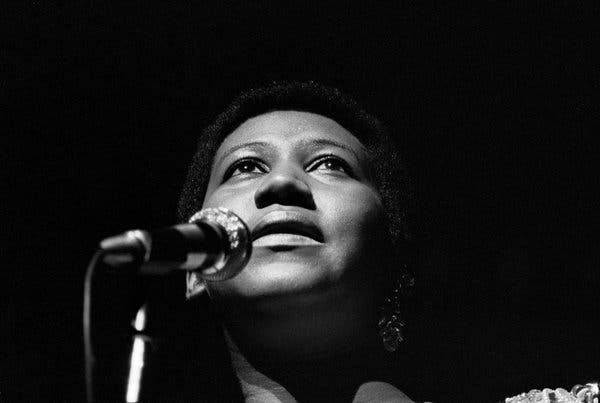 Jarringly serene and wonderful. One of the most underrated and under-appreciated songs in Aretha Franklin’s catalog. “First Snow In Kokomo” holds a place as one of only two songs in Aretha’s catalog that has no rhythm. What drives Kokomo instead is what Aretha called “the irregular rhythm of real life”. It’s one of very few opportunities to really hear Aretha at the piano with minimal distraction. While she is accompanied by background vocals, as well as subtle organ, guitar, and bass parts, Aretha’s piano drives the song. It’s one of the most beautiful compositions Aretha ever wrote and recorded.

“A poem of mine set to music. I was feeling free and willing to take creative chances,” Aretha said in her 1999 autobiography Aretha: From These Roots of creating “First Snow In Kokomo”. “In a free-verse style, I painted a picture of a blissful January afternoon when we pulled into the small, peaceful midwestern town to visit (my partner Ken’s) family.”

Aretha wrote “Kokomo” in Kokomo, Indiana, during a trip with her partner Ken Cunningham to visit his mother. Aretha ‘the celebrity’ was off, and Aretha ‘the woman’, ‘new mother for the fourth time over’, was on. It positions Aretha not as the protagonist in the way that many of her songs did, but instead as the narrator. She illustrates the first snow in this small town, and the various characters who are living their lives in the moment. Aretha always liked to describe her offstage persona as “the lady next door”. This perhaps is the largest glimpse into what her life away from the spotlight could be like. “It’s Aretha as the observer of life rather than Aretha in the center of the action,” Aretha’s sister Carolyn told David Ritz of the song in his biography of Aretha, Respect: The Life of Aretha Franklin. It’s a beautiful notion, but as Carolyn went on to further elaborate, “in the end, though, it was something of a fairy tale”. Aretha didn’t get this perspective often, nor would she get it often afterwards, if at all.

“First Snow In Kokomo” possesses an ease about life; a matter-of-fact mention of the events it describes. Various residents live their lives, learn to play instruments, expect a child. It’s a day in the life of a community, of a group of people. And then, as the song intensifies, it’s back to reality for Aretha. She ruminates on those people and their life events during Kokomo’s first snow that year, and what’s happened since. She’s hearing that Jimmy Dunn’s bass is long put away, and his wife Jerrie’s baby Moishe arrived. She wonders if Appelgate learned to play the coronet, while her partner Kenny is making steady progress on his horn. And life goes on. But in that first snow in kokomo, life was easy and beautiful. Aretha may not have gotten to live that laid back life again, but for a brief moment she did, and managed to encapsulate it in one of the most beautiful recordings of her career.