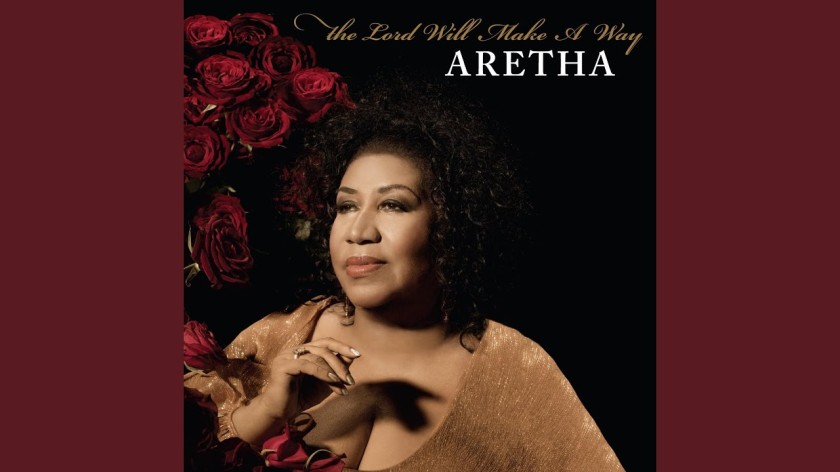 “The Lord Will Make A Way” was covered by the gambit of gospel stars, even reaching as far as Al Green, (that was after he became a Reverend). His version is the title track to his 1980 album. Rev. Al’s version is worth mentioning because it utilizes a groove that bears similarity to the one Aretha applies to her version. The same goes for Inez Andrews of The Caravans’ version of “The Lord Will Make A Way”, on her album A Sinner’s Prayer, also released in 1980. Inez’s version is even closer to Aretha’s.

But Aretha does something special to it, and takes full credit for her arrangement in the liner notes. Maybe it’s in the staccato chords that punctuate each verse. Maybe it’s in the build the song achieves as more elements fold into the arrangement Or the culmination in a choir backing her up as she unleashes the full intensity of her instrument. But by the end of the song, it’s hard to not feel even just a little more saved than before hearing it. And despite it not being a Christmas song (neither the sound nor the lyrics directly lend themselves toward the holiday), it fits perfectly amongst This Christmas, Aretha. It’s Aretha’s Christmas, and including some gospel into an album about a holiday steeped in religion is the most Aretha thing she could do.

Aretha performed the song once, on the Rachel Ray show in 2008:

Listen to Aretha deliver “The Lord Will Make A Way”: