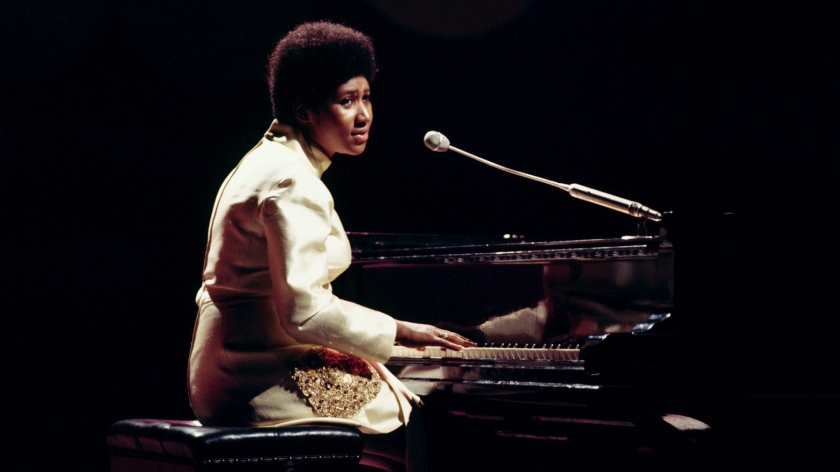 Aretha Franklin performs an untethering on “Dark End Of The Street” that would make Red from Jordan Peele’s Us envious. She transforms a standard soul ballad into a gut-wrenching, tortured four and a half minutes of agonizing magnificence.

Originally titled “The Dark End Of The Street”, the song was written by Chips Moman and Dan Penn. Moman and Penn are best known in the Aretha universe for writing “Do Right Woman, Do Right Man”, and Moman played on some of Aretha’s first Atlantic Records recordings. While “Do Right” is a simultaneous proclamation of love and directive for respect in a relationship, “Dark End Of The Street” is the about cheating lovers.

James Carr recorded the first version of the song. It’s a powerful straightforward, and slow-burning southern soul ballad. The melody adheres to a descending progression that feels familiar to the soul tradition. There’s something that feels contained about the melody in the original, when compared to Aretha’s. Carr’s delivery of the lyrics makes him sound like the primary perpetrator of the infidelity described in the song. Aretha brings something completely different to the song.

This rearrangement creates a tortured yearning unlike anything presented in the James Carr’s original or any other that leans into his arrangement. Aretha’s version is slowed down, drawn out, strategically disjointed, and adds space between the notes that all combined evoke the darkness of that street described in the lyrics. Aretha is at the piano and the chords she hammers out are the focal point of the song, an impeccable encapsulation of the album cover for This Girl’s In Love With You. While Carr plays to his band on his version, this band plays to Aretha, her piano, and her tortured soul. Her cries of “Please, please, please. Please, darling don’t cry.” which strike right as the band picks up, are affecting to the core, as are her repeated cries of “hold me” as the song nears its conclusion. The turbulent marital issues she was enduring privately are on full display in the vocals she delivers throughout This Girl’s In Love With You.

Furthermore, the guitar is used in Aretha’s version of the song very differently than in the original (or any other version). Instead of following the melody, it freestyles throughout, at many times punctuating a line or freely flowing throughout. Naturally, there’s a holiness elicited through the implementation of the organ. Cissy Houston and her Sweet Inspirations can be heard affirming “Oh yes we will” after Aretha restates “we will meet at the dark end of the street”.

There are no live performances of “Dark End Of The Street”, nor have any of the versions that followed emulated Aretha’s freeing rearrangement. However, I’ve always been struck by the one instance the song was sampled: An unreleased Foxy Brown song called “BK Made Me”. Her introspective, dark lyrics exceptionally compliment the sample they revolve around.

Listen to Aretha’s haunting “Dark End Of The Street”: