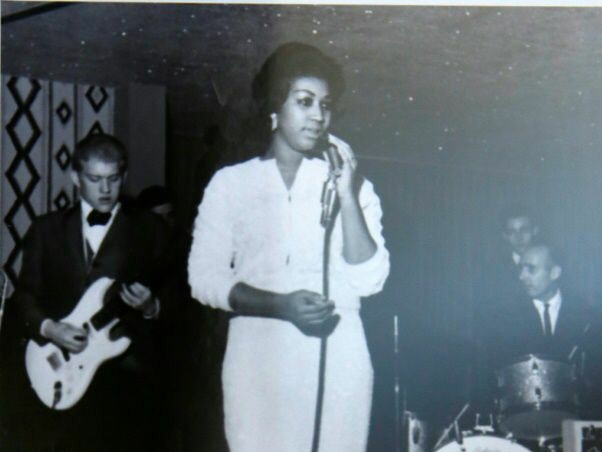 “Operation Heartbreak” was actually one of the first Aretha Franklin sides from Columbia Records that I ever heard. My grandparents had the 45 single and gave it to me when I was 9 or 10, shortly after I started getting into Aretha. It was a bit of a strange side for them to have, because “Operation Heartbreak” was barely released. It was the b-side to “Rock A Bye Your Baby With A Dixie Melody”, issued on September 8, 1961 as the lead single to 1962’s The Electrifying Aretha Franklin. Despite its relegation to b-side, it ended up being one of Aretha’s most successful b-sides. It was also one of her most successful songs from her Columbia Records era. The song peaked at number 6 on Billboard’s R&B chart, Aretha’s highest position on that chart while signed to Columbia.

As the “heartbreak” in the title hints, this is not a happy song. “With all I had to give, why must I sit and suffer?” Aretha laments about a lover who not only took their love from her, but left a wound that “will never heal.” The title implies a conclusion akin to a military operation, but the lyrics don’t dive any deeper into that aspect. “How will I ever survive?” a heartbroken Aretha wonders to herself. At 19 years old, she’d certainly already felt a few heartbreaks in her life. The lyrics could even be interpreted to be directed towards a non-romantic loss, such as Aretha’s loss of her mother when she was just 10. That experience was so devastating that in her autobiography Aretha: From These Roots, she said the pain was so great she wouldn’t even try to put it into words.

The ballad was co written and produced by Al Kasha, who went on to win an Academy Award for writing “The Morning After” from The Poseidon Adventure in 1972. “Operation Heartbreak” has a light doo-wop feel and uses a string arrangement that recalls some of the hits Etta James released the year before. Alan Thomas, who co-wrote the song, only ever wrote two other songs, both released before “Operation Heartbreak”. One is unlistenable online, and the other, “Going Going Gone” has the same feel and tempo of “Operation Heartbreak.” The third co-writer, Curtis Williams, was the baritone in The Penguins, and co-wrote their number one hit “Earth Angel.” There’s a light doo wop sentiment to the song. It’s safe to say that each composer left their fingerprint on the song.

Though relegated to b-side status on its first release, “Operation Heartbreak” was issued on Columbia’s 1967 compilation LP Take A Look. The album was released to capitalize on Aretha’s meteoric success after moving from Columbia Records to Atlantic Records. Because of its chart success, the record also found its way onto 1992’s Jazz To Soul, a 2-CD compilation that was the first collection to bring Aretha’s recordings at Columbia Records into the CD era. The double compilation brought together 39 of Aretha’s 100+ recordings at Columbia. Needless to say, they couldn’t have that compilation without Aretha’s most successful Columbia recording.