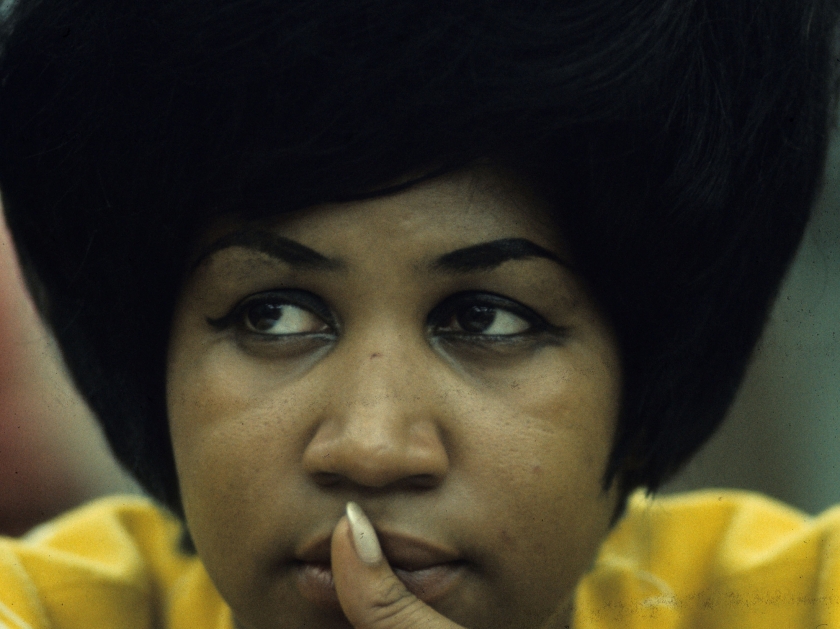 Aretha recorded and released a sizeable quantity of music during her early years at Atlantic Records. For her first five years at the label, she released at least one, if not two albums a year, with material leftover from many of the sessions. That material either remained unreleased or scarce for decades. Until 2007. That’s when Aretha’s lead producer from those golden years Jerry Wexler, compiled and helped release the 35-track double-disc Rare & Unreleased Recordings From The Golden Reign Of The Queen Of Soul. One of the “rare” cuts included on the compilation was a b-side blending two songs from one of Aretha’s favorite singers, Johnny Ace: “Pledging My Love” and “The Clock.”

Released as the b-side to “Share Your Love With Me” on July 10, 1969, “Pledging My Love/The Clock” was cut in 1969 with its A-side during the sessions for 1970’s This Girl’s In Love With You. Aretha was in her prime while recording the album, and seated at the piano for most of the sessions. She delivers a heartfelt version of this blues ballad, which has been covered by everyone from Percy Sledge and Lavern Baker to Elvis Presley and Jerry Lee Lewis. While many gave it their own spin, Aretha provides one of the most impassioned readings, creating a buildup far from the stagnant pace of Ace’s original. There’s an earthy nature to the record that Aretha’s piano-centric version conjures; it’s pure and devoted.

After Aretha delivers a beautiful piano solo, she seamlessly crescendos into a second Johnny Ace hit, 1953’s “The Clock”. Marrying these two Johnny Ace hits represents one of the earliest instances of Aretha blending two records together, something she excelled at over the years. In this case, it lays out a unique and powerful shift from the proclamation in “Pledging My Love” into the yearning for a lover’s return in “The Clock”. The transformation climaxes as Aretha wails “I wanna cry, cry my heart out, I want my baby back with me. There’s nothing but time to give out, time doesn’t mean anything to me. Ohhhh if you hear me.” And then just as quickly as it picks up, Aretha recedes back to gently deliver the next line “come on back real soon.” It’s a masterclass in Aretha’s vocal control and power.

While the tempo, instrumentation, and arrangement all remain, the song change flips the tune’s mood on its’ side, from unyielding devotion to gut-wrenching longing. Aretha achieves all of this, with no background vocals (despite Cissy Houston, Dee Dee Warwick, and Sylvia Shemwell being credited for providing background vocals), or vocal doubling. There’s just one vocal track from Aretha, and that is a testament to the power of the Queen.

Listen to Aretha masterfully join “Pledging My Love” and “The Clock”: