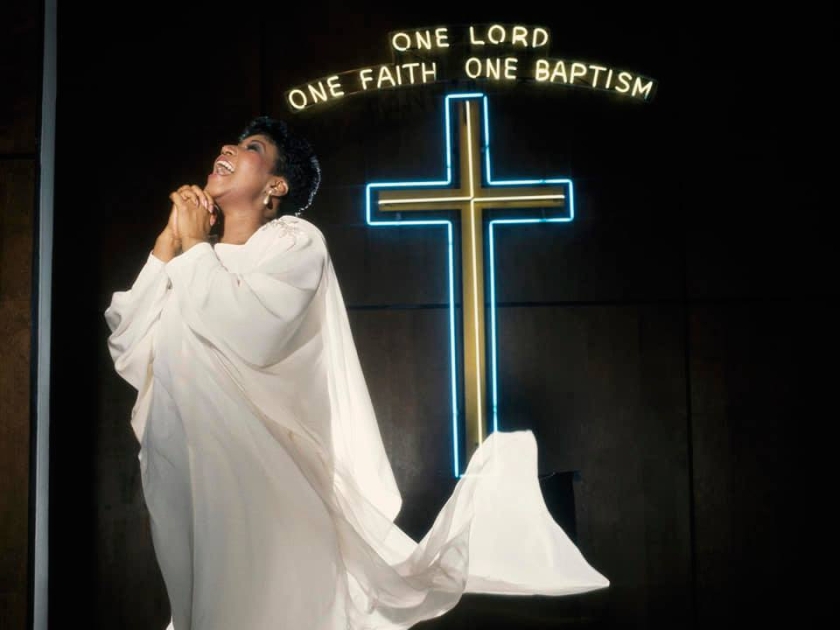 During the recording sessions for her third gospel LP, One Lord, One Faith, One Baptism, Aretha Franklin took her song selections back to her youth. Honoring her gospel heritage was crucial to Aretha. It was no surprise that, like on 1972’s Amazing Grace, she took from the catalog of one of her greatest inspirations: Clara Ward and the world famous Ward Singers.

For One Lord, Aretha borrowed two Ward songs, one being “Surely God Is Able,” which was written by Clara Ward and was one of the first million-selling gospel singles. Aretha’s “Surely God Is Able” was recorded twice, on July 27 and 30 which were the first and third/final nights of the album’s recording sessions. The original recordings are both notably longer than the album version’s barely-5-minute version. Those originally recordings clock in at more than 7 and 6 minutes, respectively. Aretha brings the key down a few steps, creating something of a brooding intensity as she uses her chest voice throughout the song, unlike the Ward Singers using their throat voices. Naturally, credit for the arrangement of this song goes to Aretha.

What makes this song, and the songs on this album so special, is that they feature Aretha’s sisters Erma and Carolyn, as well as their cousin Brenda. Carolyn Franklin passed away from cancer less than a year later, so these mark the final recordings of Aretha and her sisters. And there’s a nostalgic element to them too, for this is Aretha and her sisters/cousin singing together in their father’s church, the New Bethel Baptist Church in Detroit, just like they did as children.

Just a few years later in 1990 when Nelson Mandela visited America and Detroit, Aretha took to the piano and offered a stirring rendition of “Surely God Is Able.”

A few years after that, in 1993, Marion Williams, one of The Ward Singers, was bestowed with a Kennedy Center Honor. Williams led a successful solo career after her tenure with The Ward Singers and then the Stars of Faith. During the tribute, which also featured Little Richard and Billy Preston, Aretha opened the tribute with “Surely God Is Able”.

In 2001, Aretha again returned to “Surely God Is Able”. Before the big finale of 2001’s VH1 Divas Live: The One & Only Aretha Franklin, Aretha told the audience “Okay. There’s gonna be something after this finale, so don’t go anywhere.” For years, that post-finale performance never surfaced. After nearly two decades, I got my hands on the audio. During an unaired portion of the show’s finale, “Freeway of Love,” Clara Ward’s sister Willa Ward joins Aretha on stage. Aretha introduces Willa, and then introduces Frances Steadman and Kitty Parham of The Ward Singers, who are in the audience. Aretha launches into a tribute to Clara Ward, who Aretha identifies as one of her strongest mentors. Aretha prepared a medley of two Clara Ward songs: A piece ofWeeping May Endure For A Night” as well as “Surely God Is Able”. The audio quality isn’t great, but naturally, Aretha is. It’s incredible to hear her 2001 voice take on this song and reach up to those high notes she had lost in 1987. It’s nothing short of astounding to hear her alongside Willa Ward, and to imagine that VH1 unknowingly has video of this crucial moment sitting somewhere in a vault collecting dust. This is the only known performance that unites Aretha and Willa Ward. Take a listen:

Listen to thee 1987 recording of “Surely God Is Able”: