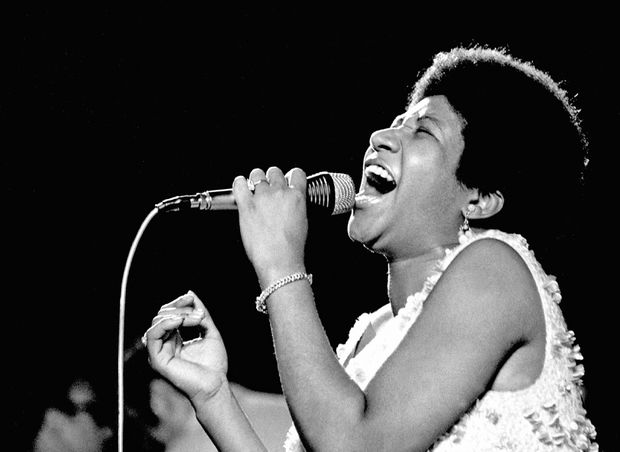 “If Anka would ever hear it, he’d be convinced that he subconsciously wrote it for Aretha, because she turned it sunny side-up soul style.” – Cecil Franklin

During the golden years of Aretha’s career at Atlantic Records, she recorded so much music that some of the brilliant cuts didn’t even make the albums. Her long-lost cover of Frank Sinatra’s classic “My Way” is proof of that. Aretha’s version wasn’t released until 36 years after being recorded. Aretha’s “My Way” is so staggering, it’s a conundrum that it couldn’t be fit onto an album somewhere, or even given placement as a b-side. Aretha sings it so powerfully, by the end you’ll be going, “Frank who?”

It’s first formal release was in 2006, serving as the opening cut to an album of unreleased material from women on Atlantic Records called Atlantic Unearthed: Soul Sisters. It was released again in 2007 as part of a 37-track overhaul of Aretha’s leftovers from her prosperous Atlantic years entitled Rare & Unreleased Recordings of the Golden Reign of The Queen of Soul. In the liner notes for Rare & Unreleased, Jerry Wexler called “My Way”, “a discovery of enormous value. Listening to it now, I forget about Paul and Frank and think only of Aretha, Aretha, Aretha. She builds her case and claims the victory. The song becomes a royal pronouncement of incontestable truth. It’s a masterpiece.”

“My Way” was recorded on March 10, 1970 in Miami, Florida during the sessions for Spirit In The Dark. As Jerry Wexler recounted to David Ritz in Respect: The Life of Aretha Franklin, it was a successful day in the studio. Aretha had given birth to her fourth son just five weeks earlier, she was sober, and as Jerry put it “on the one. She came to the studio with an armful of songs she’d written during her pregnancy.” 80% of the album was recorded during those sessions, including Aretha’s self-penned title cut, “Spirit In The Dark”.

It was the first cut they tackled that day in Miami. As Aretha’s brother Cecil recalled of the session, “After she sang it, we were ecstatic. We thought it was going to be the new ‘Respect.’ It had that anthem feel.” Yet, it never even made it out of the studio, even as a b-side. The two versions of Aretha’s “My Way” that exist are the same at their core, but there’s one difference which separates them. The version released in 2006 on Atlantic Unearthed: Soul Sisters is very piano-centric, and arranged in a fashion that emits a raw and earthy soulfulness. Musically it fits in perfectly with the rest of Spirit In The Dark’s arrangements.

The version on Rare & Unreleased Recordings From The Golden Reign Of The Queen Of Soul adds in a string arrangement. It’s unclear whether the strings were recorded as a part of the original sessions or added for this reissue, since the string players aren’t mentioned or credited in the Rare & Unreleased liner notes. It’s interesting that they aren’t mentioned, because they do some heavy lifting. In many places they replicate Aretha’s keyboard strokes, effectively taking the piano in the original’s left stereo track and giving it a full-stereo sound throughout the song. When they’re not doubling Aretha’s piano part, they follow the bass line, or add their own flourishes in key spots.

The strings are beautiful and undoubtedly enhance the experience of Aretha’s “My Way”, in the same way the strings compliment Frank Sinatra’s. At the same time, the strings here detract from the power Aretha’s hands put into the piano, especially at the song’s closing when she’s nearly banging on the keys. Her piano playing monopolizes the left side of the stereo recording from Atlantic Unearthed and though only emitting from one side, still manages to become the center of attention. As great as the strings are, it’s unjust to suppress Aretha’s piano playing like that.

Strings aside, Aretha once again manages to out-do Frank Sinatra’s original take (she’d given him a run for his money covering “That’s Life” on Aretha Arrives in 1967), and all other versions that followed. Putting the greatest voice of all time on a song, and naturally it’s going to go to Aretha. Of course, Frank is easily one of the greatest vocalists of all time up there with Aretha. His tone and his purity of voice are virtually unmatched. But Aretha, Aretha gives “My Way” soul that turns what Frank considered “self-serving and self-indulgent” into conviction and accomplishment. Instead of sounding pompous, Aretha makes the words sound accomplished and empowered. She’s invigorated, and invigorates anyone who listens to this seizure. Because that’s what this is. This is a hold up. This is Aretha Franklin’s song now. Regards to Frank. He’d probably agree.

Rare & Unreleased Recordings From The Golden Reign of the Queen Of Soul, by Jerry Wexler & David Ritz, 2007