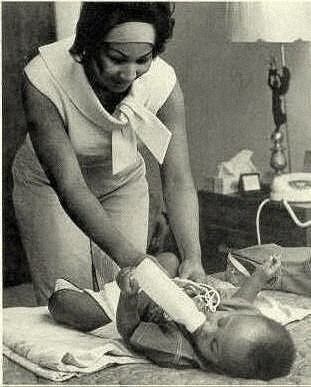 One of the only tracks Aretha ever cut about motherhood, “A Mother’s Love” materfully puts a mother’s love on a pedestal that no other object, event, or occurrence can match, like “a sunset more beautiful than gold”. The song was by Clyde Otis, who also produced Aretha’s version, but it was first recorded in 1957 by Roy Hamilton. Hamilton’s version relies on a piano arpeggio to drive the song and give it a steadier rhythm.

Aretha strips away the finger-snapping movement of Hamilton’s take and turns “A Mother’s Love” into a straight-up ballad, relying heavily on the strings and a gospel-recalling organ to drive her version. There’s a sense of authority, both as a testimony and melancholy as Aretha sings. She’s singing this song both from the perspective as a mother (with 3 boys at the time), and with memories of her own mother, who died when Aretha was just 10 years old.

The percussion is so subtle it’s almost impossible to hear, except at certain moments on the downbeat. The same can be said for the cooing of the background vocals, they can easily be mistaken for another piece of instrumentation.

Though it was recorded in 1964, “A Mother’s Love” wasn’t released until 1966. And then it was released twice on Aretha’s Columbia albums, first on Aretha’s final album while still signed to the label, Soul Sister. Then again in 1969 on Soft & Beautiful. When reissued in 2011 as part of Take A Look: Aretha Franklin Complete on Columbia, those albums were reconfigured into others, and “A Mother’s Love” found itself on a compilation entitled Take A Look: The Clyde Otis Sessions. In May of 2019, Soul Sister and Soft & Beautiful both magically appeared on all streaming and digital platforms.